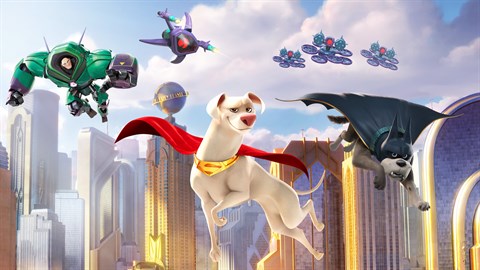 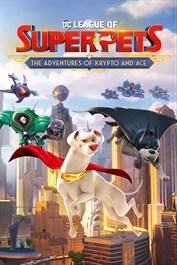 DC League of Super-Pets: The Adventures of Krypto and Ace

Suit up as super-dogs Krypto and Ace and get ready to soar through the skies and protect the streets of Metropolis in this pet rescue adventure inspired by the movie! When Superman and Batman’s favorite caped canines uncover Lex Luthor’s plot to pet-nap Metropolis’ strays, these four-legged fighters aren’t just going to roll over. So, unleash Krypto’s Heat Vision and Arctic Bark powers, or Ace’s Batarangs and Shoulder Charge attacks, to bring the evil LexBots to heel. Rescue animals along the way, before they’re locked up in LexCorp Zoo and prepare for the ultimate battle with Lex and his high-tech War Suit. Being a Super-Pet isn’t all ruff and tumble. Pamper your furry friends at the Adoption Center to help them find forever homes and receive special rewards. And hang out with your pals Chip, Merton, and PB to learn superpower upgrades. It’s a bird… It’s a plane… It’s the DC Super-Pets!