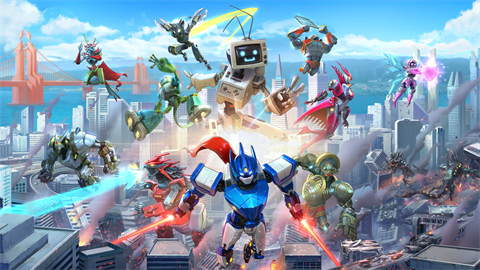 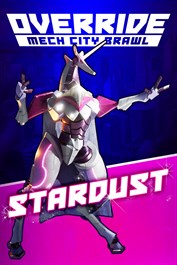 Grab the unicorn by the horn, a rainbow ruckus is about to go down! Override: Mech City Brawl adds Stardust to its madcap mech lineup. Launching herself in the air, Stardust can send enemies flying, or effervescently slide into a stunning spinning roundhouse. She’s as eloquently treacherous as she is elusive. Hello…she’s a unicorn! Oh, and speaking of skills, she’s got one insane Ultimate hiding up her hooves. Here’s a hint: her horn transforms into a massive drill that bores through opponents. Ouch. Confident, creative, sassy and free, Stardust can launch a shooting star that bounces around the map until it smacks into another mech. She’s a diva with a chip on her shoulder, and her unruly approach to combat will leave rivals guessing what her next chaotic move will be! This is one pretty pony you’re gonna want on your team!