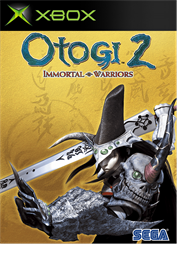 Otogi™ 2: Immortal Warriors takes place directly after the events chronicled in the original Otogi™: Myth of Demons. Like its predecessor, Otogi 2 is set in Japan and steeped in real-life folklore and mysticism. Raikoh, the famed undead warrior, has managed to temporarily save the Japanese population from an onslaught of demons. But, unfortunately, he wasn’t able to vanquish them all before returning to his grave. Now, the demons have regrouped from hiding places within the sacred capital of Japan and are attempting to take control of man once more.