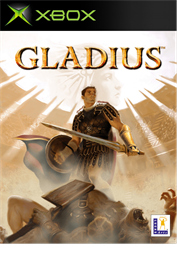 Gladius is a dynamic combat RPG featuring brutal turn-based gladiator battles. The single and multiplayer game is set in the ancient Rome-inspired city of Imperia, where the world's toughest gladiators gather to train and compete in a series of rigorous do-or-die tournaments in the city's fabled arenas. Players are challenged to build and control a school of gladiators to fight in an escalating series of competitions against other schools. Fight well and live to compete another day. Fight poorly and risk the down-turned thumb of the Emperor. В эту игру нельзя играть на консоли Xbox 360.