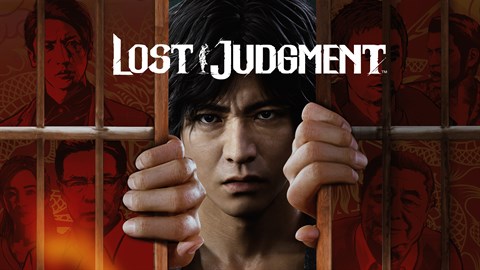 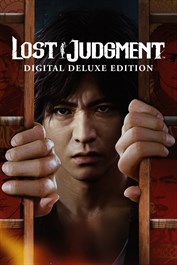 Purchase the Lost Judgment Digital Deluxe edition to receive the following in-game contents: -Lost Judgment base game -Detective Essentials Pack -School Stories Expansion Pack SEIZE THE TRUTH When a convicted police officer reveals the location of a murder victim, Private Detective Yagami is called to revisit an impossible case of two crimes committed at once. But as more victims pile up and Yagami unravels the truth, will the scales of justice tip in favor of defending the law or enacting vengeance? From the studio that brought you the Yakuza series, Lost Judgment weaves elements of investigative sleuthing, noir narrative and action combat into one mystery thriller. Take your detective expertise to the streets of Japan and defend those that the law fails to protect. INVESTIGATIVE ACTION Tap into Yagami’s arsenal of private eye tricks to gather clues. From hi-tech gadgets including drones and social media listening devices to hardboiled gumshoe methods like scaling buildings and tracking suspects in the city. No stronger evidence than catching a suspect in the act. FREEFORM COMBAT Master Yagami’s three unique, combo-heavy martial arts styles to overcome any situation from group ambushes to single-target takedowns. Further weaponize street fights with traffic cones, street signs, bicycles and beyond, plus customize each style with skill trees. DEEP UNDERCOVER Go undercover at a local high school as a club advisor to get to the root of a mysterious rise in delinquency as it relates to the case. Join the Dance Club, where you’ll be grooving to the rhythm; the Robotics Club, tasking your ingenuity to build the ultimate Yagami-bot; a boxing gym, to stick and move against fierce opponents; and a bike gang, where underground racing is the only way to earn respect. HIT THE STREETS As you comb the open cities of Kamurocho and Ijincho in pursuit of the case, take a break and get to know the unique culture of each through bars and other nightlife hotspots. It may be worth taking on a Side Case to lend your detective skills to residents in need – you never know who holds what cards.