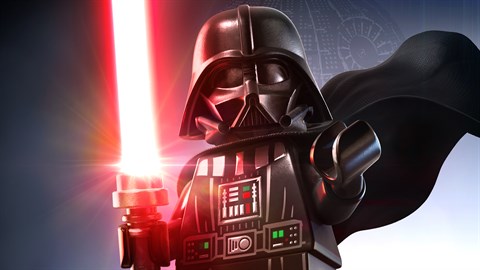 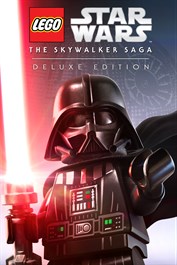 Pre-order the game and get day one access to the Trooper Character DLC Pack. The digital edition also includes an exclusive classic Obi-Wan Kenobi playable character. Get the LEGO Star Wars: The Skywalker Saga Digital Deluxe Edition and enjoy more of the galaxy far, far away. In addition to the base game, the Deluxe Edition includes seven DLC packs in a Character Collection bundle: - The Mandalorian Season 1 - The Mandalorian Season 2 - Rogue One: A Star Wars Story - Classic Characters - Solo: A Star Wars Story - Star Wars: The Bad Batch - Trooper Pack - Get day one access to this pack by pre-ordering the game. With the base game, you can play through all nine Star Wars saga films in a brand-new LEGO video game unlike any other! Experience fun-filled adventures, whimsical humour, and the freedom to fully immerse yourself in the LEGO Star Wars galaxy. Want to play as a Jedi? A Sith? Rebel, bounty hunter, or droid? LEGO Star Wars: The Skywalker Saga features hundreds of playable characters from throughout the galaxy. Whether on land or in space, a variety of vehicles are yours to command. Jump to lightspeed in the Millennium Falcon, fly the T-47 Airspeeder and battle TIE fighters in Resistance X-wings… it's the ULTIMATE LEGO Star Wars experience.