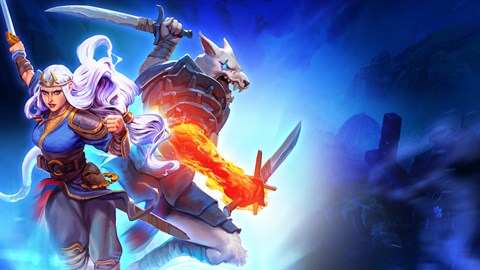 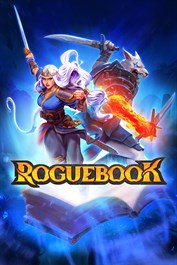 Xbox One game playable on Xbox Series X|S. A version optimized for Xbox Series X|S is available separately. Embrace the challenge of a roguelike deckbuilder with unique mechanics from the developers of Faeria and Richard Garfield, creator of Magic: The Gathering™. Build a team of two heroes, unleash powerful combos and defeat the legends of the Roguebook! * LEGENDARY HEROES – Create a team of two heroes, each with their own cards and abilities. Combine their strengths to defeat over 40 bosses and enemies. * BUILD YOUR DECK AS YOU PLAY – Choose wisely from 200 cards, 80 relics and 30 gems that can be combined. You will never play with the same deck twice. * THE BOOK CHANGES EACH TIME YOU OPEN IT – It's up to you to reveal the Roguebook's mysteries with the ingenious ink system. * EACH RUN COUNTS – Train your heroes and earn new cards and relics to take on the 20 difficulty levels in the Roguebook.