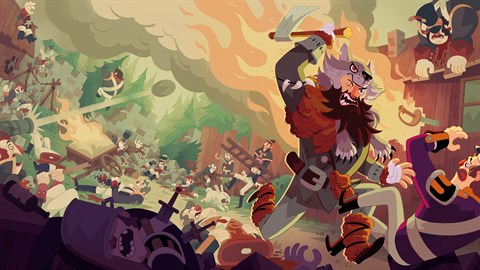 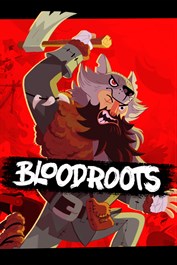 One-hit kill die-retry murder ballet. Chain deadly combos by improvising your kills with utterly everything you can get your hands on: from carrots to plasma guns. Die and retry until you carve your way to vengeance in this fast-paced one-hit kill beat 'em up. Betrayed and left for dead, Mr. Wolf is hell-bent on finding his killer and enacting revenge - alone, and vastly outnumbered. Thankfully for Mr. Wolf, the world is your weapon in Bloodroots - a relentless action game that unfolds across the sprawling Weird West. You’ll choreograph spectacular, ultra-violent combos by making use of everything around you, from hatchets, to ladders, to...carrots? It’s improvise or die, as Mr. Wolf fights his way to the center of the mystery: why was he betrayed?