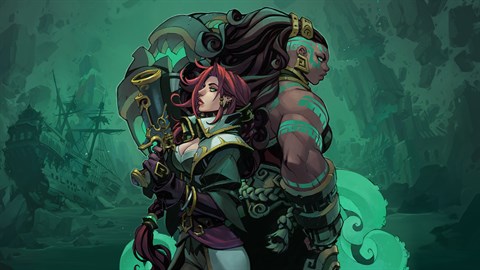 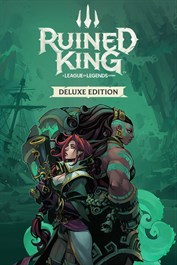 Receive the following downloadable content when purchasing the Ruined King: A League of Legends Story™ - Deluxe Edition - Ruined Skin Variants for all playable Champions: Miss Fortune, Illaoi, Braum, Yasuo, Ahri, & Pyke - Lost & Found Weapon Pack - Ruination Starter Pack Rise Against Ruin Unite a party of League of Legends Champions, explore Bilgewater and set sail for the Shadow Isles to uncover the secrets of the deadly Black Mist. Developed by Airship Syndicate and featuring the art style of legendary comic book artist Joe Madureira, creators of Battle Chasers and Darksiders, Ruined King: A League of Legends Story is the first Riot Forge game that invites you to explore the League of Legends universe. In this immersive turn-based RPG, you will have the freedom to configure your party and control an unlikely group of League of Legends champions, explore the bustling city of Bilgewater and the mysterious Shadow Isles, and experience the Lane Initiative System. Key Features An introduction to Runeterra: Start exploring the rich lore of League of Legends and the extraordinary stories of the Champions. Build your own party: Forge different strategies by configuring your party of champions and combining new abilities. Experience the Lane Initiative System: Choose your approach for each enemy encounter and change the course of the battle by tweaking the speed of your actions, reacting to environmental events or modifying the effects of your abilities.