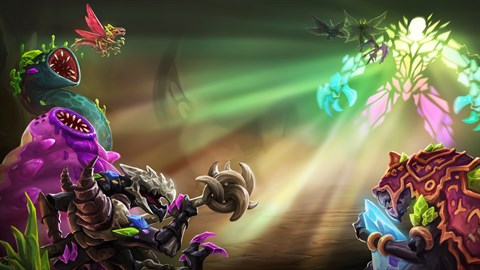 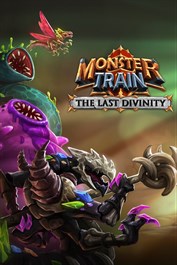 The Wurmkin Clan The 6th clan has been summoned! A new clan has risen from the depths of hell to join forces with your five original favorites. The Wurmkin Clan is led by two powerful, new champions: The Spine Chief and the Echowright. The Spine Chief uses the power of Charged Echoes to do damage and make compatriots even more powerful, while the Echowright can tap into the power of consumable spells in all new ways. Charged Echoes create buffs for the whole floor and bring a completely new gameplay mechanic to the already diverse world of Monster Train. Pact Shards Gain new divine powers, but beware of the costs! Pact Shards are a brand-new currency. Unlike gold, you reap benefits when you GAIN shards rather than when you spend them. But beware the tradeoff: they also enhance the power of your enemies in battles throughout your run. You acquire Pact Shards in the Shard map nodes on your journey in the Boneshaker. Each ring has one Shard map node, so be sure to look for them. You can take on more Shards to gain gold, artifacts, spell upgrades, or to perform a new mechanic, called Unit Synthesis, where two monster units are merged into one. If you have gained 100 or more Shards when you defeat Seraph, a new battle unlocks and you can face – The Last Divinity! The Last Divinity A new danger has awoken to challenge all those who absorb the power of the Pact Shards! The clans of Hell will need to rally together and support the Wurmkin Clan, as a new, ominous deity interferes with the ongoing battle between the forces of Heaven and Hell. The Last Divinity is so huge it can’t be contained in one area and instead imposes itself over all 3 floors at once. Prepare, as all your previous knowledge and strategy will be pushed to the limit to defeat this last divine force. What will tip the balance?