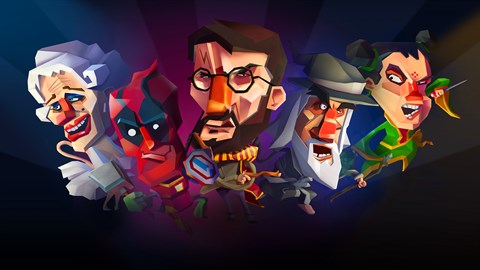 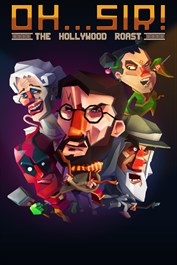 Oh…Sir! The Hollywood Roast is a spin-off to the surprise indie hit, Oh…Sir! The Insult Simulator. This time around we're taking tinsel town down a few notches, whilst classing up the joint. Play as one of many famous - but for legal purposes, slightly different - pop culture icons and verbally spar with other Hollywood elitists using a deep battle system. Game Features: • Unleash the sickest burns on your opponents in a Hollywood-style roast • Play alone, online or couch multiplayer • Deeper-than-you-think mechanics featuring combos and continuations exploiting your rival's weak spots • A star-studded new cast of crazy Hollywood characters • Set the scene with a slew of iconic film backdrops • Bigger, ruder, insultier • Comeback mechanic - charge your anger and finish the sentence with a unique closure • Expanded career mode - master each scene to win Golden Parrots and use them to develop your character