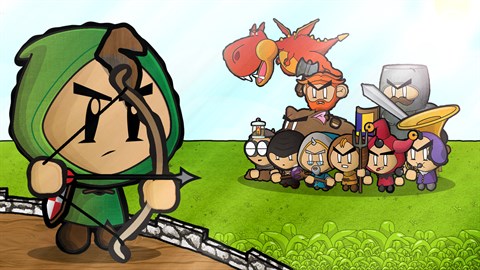 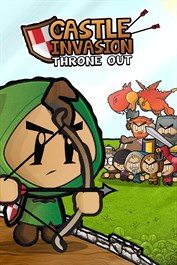 The king is not a nice gent. He’s given you an ultimatum. Surrender your castle or be throne out. (See what I did there? Because the king sits on a throne. . .yeah? . . . never mind.) With an army of misfits at his beck and call, you’d better pick up that bow and arrow and settle in for some crown duels. Castle Invasion is the fun, frantic challenge of defending your castle against an army. Key Features: - 50 frantic, action packed levels. - 5 deadly bosses. - Use coins dropped by enemies to buy over 40 weapon upgrades. - Wizards, jesters, knights, dwarves, executioners and more in an army of medieval misfits. - Full to bursting with awful, awful puns. Upgrade, equip and fire your way through an onslaught of attackers with state of the art weapons such as the bow and arrow or the spear. Each enemy type is different. Play through day and knight. . . and night. Fight the darkness with fire to keep torches lit and out of the dark ages. In time trial levels you control the speed of enemies whilst trying to finish the level as quickly as possible.