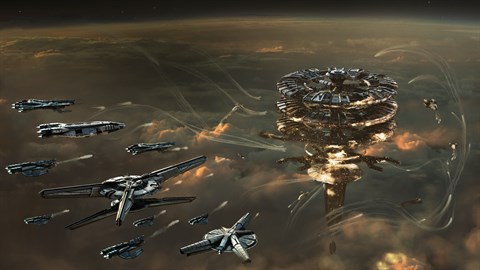 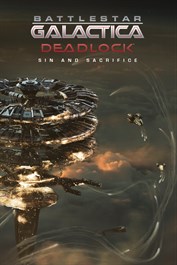 Battlestar Galactica Deadlock is back with a new expansion! In Sin and Sacrifice, the epic story of Deadlock continues, and brings with it an exciting conclusion to the Season One storyline. New Campaign A brand-new story campaign with 11 story missions set after the original Deadlock campaign and Operation Anabasis. Loyalties will be questioned. Resolves will be tested. And for Lucinda Cain, Admiral of Colonial Fleet, not all threats come from outside. Sin and Sacrifice writes new pages in the lore of the Battlestar Galactica universe and tells the story of one of the most critical junctures of the First Cylon war. New Radio Chatter A new radio chatter system featuring over 1100 unique recordings injects more drama and tension into the combats of Battlestar Galactica Deadlock, bringing your knife-edge encounters to life. New Ships The Heracles Heavy Gunship for the Colonials, and the Gorgon Support Ship for the Cylons.