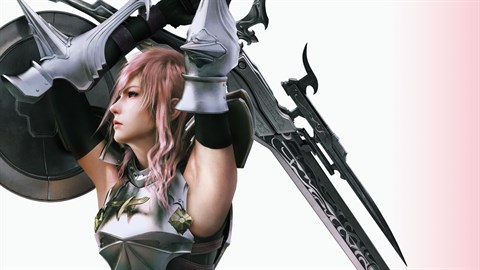 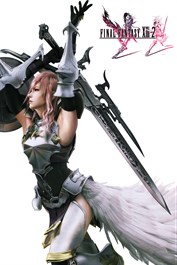 This game requires DirectX End-User Runtimes (June 2010) to be installed. Depending on your system, it may not install correctly. In this case, please download and install it from the following link. https://www.microsoft.com/en-us/download/details.aspx?id=8109 If you are unable to access the above URL, please contact the Microsoft Store support. The official sequel to the smash hit FINAL FANTASY XIII is now available on Windows, featuring new gameplay systems and cutting-edge visuals and audio. Numerous improvements to the gameplay and accessibility allow even deeper immersion in the narrative. In this game, the player has the freedom to choose from a range of possibilities and paths, where their choices affect not only the immediate environment, but even shape time and space! It is no longer about facing destiny. Create a new future and change the world! STORY Freed from the tyranny of the gods, it was the dawn of a new age. Three years after the fateful events of FINAL FANTASY XIII, a young man named Noel appears to deliver a message to Serah: “Come with me on a journey across time and space, beyond which she is waiting.” Determined to save her one and only sister, Serah clutches the weapon bestowed upon her by Lightning and sets forth into the future. 【Notes】 ■This version of the game has had no changes or additions made to the story of the original FINAL FANTASY XIII-2. ■Contains some downloadable content originally released for the game, including extra episodes, enemies, and costumes (excludes additional weapons, collaboration outfits, and pre-order/purchase bonus items). ■The bonus items originally awarded for having save data from previous games in the series will be awarded in this version regardless of whether there is suitable save data present or not. ■Includes no functionality linked to social networking sites. ■Downloadable content included in-game   Opponent: Omega   Opponent: Lightning & Amodar   Opponent: Nabaat   Opponent: Ultros & Typhon   Opponent: PuPu   Opponent: Gilgamesh   Serah's Outfit: Summoner's Garb   Serah's Outfit: Beachwear   Serah's Outfit: White Mage   Noel's Outfit: Battle Attire   Noel's Outfit: Spacetime Guardian   Noel's Outfit: Black Mage   Mog's Outfits: A Wondrous Wardrobe   Sazh: Heads or Tails?   Lightning: Requiem of the Goddess   Snow: Perpetual Battlefield