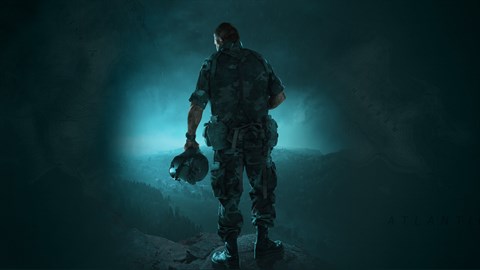 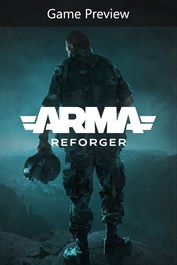 This game is a work in progress. It may or may not change over time or release as a final product. Purchase only if you are comfortable with the current state of the unfinished game. Powered by the new Enfusion engine, Arma Reforger lets you fight for supremacy over 51 km2 of incredible island terrain in authentic Cold War setting, or create unique scenarios in real-time with the Game Master curation mode. Return to Everon, the war-driven microstate from the hit game that started it all, Arma: Cold War Assault. Arma Reforger is a first step towards Arma 4 and a versatile platform, offering a glimpse of things to come. Everon Return to Everon, a 51 km² mid-Atlantic island in the Malden archipelago. Revisit familiar locales from Operation Flashpoint and revel in the natural beauty of a massive open-world; a stunning landscape of pine and broadleaf forests, flowing rivers, ponds, idyllic towns, and austere mountains, surrounded by pebble beaches and rocky coastlines. Arland Capture new ground and explore the remote, overseas territory of Arland; a small, 10 km² island belonging to the microstate of Everon. Situated with its mother state in the mid-Atlantic, it occupies a strategic Cold War faultline and is well-known for its military airbase, leased to the Soviet Union. Conflict Join players online and experience realistic Cold War combat as a US or Soviet Army soldier. Capture strategic positions, dominate the battlefield, and work with others to secure objectives in a dynamic, unforgiving environment. With a selection of period-authentic weapons and vehicles, recreated in meticulous detail, Arma Reforger's multiplayer game mode returns you to war. Combat Ops Experience co-operative gameplay and dynamic objectives with Combat Ops; a new scenario focusing on small-team tactics. Infiltrate Arland, strike hard, strike fast, and reach the extraction point. Game Master Control events, create unique missions, and guide players towards victory in Game Master — or submit yourself to the challenges devised by all powerful creators and fight your way through a responsive sandbox where anything can happen. Workshop Expand the game with original modded content from other creators! Download mods from the The Workshop, Bohemia Interactive's own integrated, repository service, and enrich your game with new assets or scenarios. Multiplatform Deploying on both Xbox and PC for the very first time in the Arma series, Arma Reforger's modded content is now available to all and can be downloaded by console owners from the Workshop, a content creation sharing repository, exclusive to the game. Multiplayer Curate events for friends behind the fog of war as Game Master in Arma Reforger's real-time scenario editor or team up and go head-to-head with others across a sprawling island terrain in Conflict.