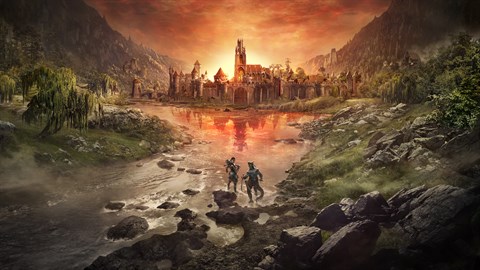 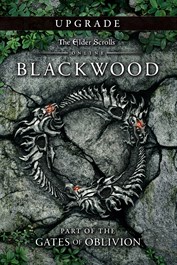 MATURE 17+
For ages 17 and up, Use of Alcohol, Blood and Gore, Sexual Themes, Violence

A deal made with the Prince of Destruction comes due in The Elder Scrolls Online: Blackwood, part of the Gates of Oblivion adventure. YEAR-LONG ADVENTURE—Blackwood is part of the Gates of Oblivion, a saga of deceit and revelations that leads you to the nightmare realm of the Deadlands. EXPLORE NEW LANDS—Travel across Blackwood from the Argonian marshes of Shadowfen to the Imperial city Leyawiin, first featured in The Elder Scrolls IV: Oblivion. PRINCE OF DESTRUCTION—Witness the fury of Mehrunes Dagon, a god of destruction, change, revolution, energy, and ambition. Discover his diabolical schemes involving the Longhouse Emperors and prevent Tamriel from falling into the grasp of a Daedric Prince. NEW COMPANIONS SYSTEM—Never adventure alone again. Choose a Companion and forge an ever-deepening bond as you explore and battle your way through Tamriel. Requires The Elder Scrolls Online, sold separately.