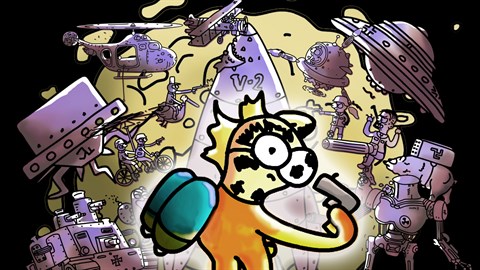 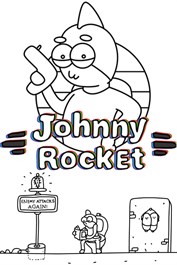 “Johnny Rocket” is a 2D comic adventure. In this game, your main goal is to help Johnny Rocket fight “Evil Forces.” To do that, you can run, jump, double jump, shoot enemies. Don’t forget about Johnny's secret movement - destroy obstacles or enemies with his head All levels are unique and have a big variety of enemies. Boss fights are tough, bet you break your controller trying to defeat any of them! After each boss fight you get rewarded with a comic cartoon movie telling you more about Johnny's adventure. Game is hilarious and has a lot of toilet humour, don't forget to collect the paper! Johnny Rocket gameplay is made of action platforming, stylised as a free-hand black and white cartoon. Cartoon world feels alive and you can destroy buildings. You get to see a funny cartoon cut scene in between levels!