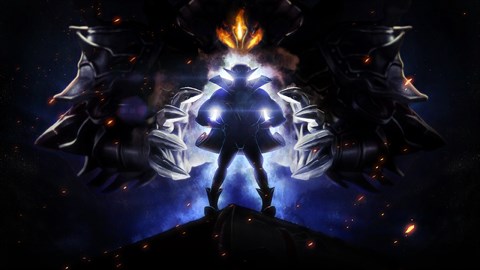 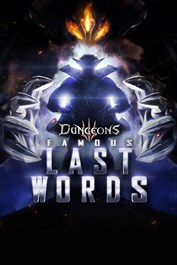 “The Spirit of the Absolute Evil will run forever.” Evil, evil everywhere, and there’s absolutely nothing Good left to conquer. No paladins, queens nor goddesses could stop the evil army’s triumphal march, and it will still be a while until the next generation of heroes will be come of age. So now, it’s time for the Finally-Bored-To-Death Evil to hang up its armour. But it wouldn’t be Dungeons if it didn’t end with the biggest of all bangs. While the Absolute Evil is making an excursion into the as-yet unconquered depths of its own nose – out of pure boredom, obviously – a very heated discussion between Thalya and our beloved narrator erupts. Who will emerge victorious when these two luminous figures wrestle it out to become the ultimate warrior on the battlefield of evil? It’s time to find out… • A new, fully voiced campaign across 3 challenging maps • New boss enemy – also available on Skirmish maps: The notorious Narrator with his spiffy skills. • New creep type – also available on Skirmish maps: The pesky Pen Pushers with their needle-pointed writing tools.