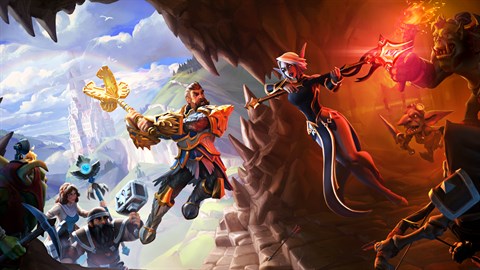 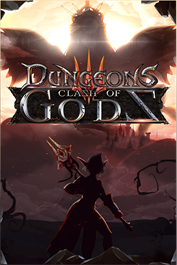 The cries of joy are still echoing through the dungeon halls alongside the distinctive, melodic parp of the fanfare corps’ butt trumpets – a cacophony of wickedness that lingers in the air after the Absolute Evil’s undisputed triumph over Tanos. But, as the saying goes, all evil things come to an end – and so is the Absolute Evil’s relentless assimilation of everything that dares to be good. For now is the time for the Absolute Evil to ascend to the throne and crown himself the sole ruler of the world. However, there’s one itsy-bitsy little problem standing in the way…the Above-And-Beyond-All-Beings Goddess of Light herself! Who will emerge victorious from the final battle between good and evil? Features: - The final clash: Eight all-new and fully voiced campaign missions put your evil skills to the test. - The goddess and the vengeful one: Two new antagonists cross the Absolute Evil’s path, seeking to take vengeance and cleanse the world of all that is evil. - Holy dungeon: don’t make the mistake of going easy on invading heroes, or they will set up their own outpost to consecrate the dungeon’s evil soil in the name of the goddess. - More evil power to rule the overworld: use outposts to build fortifying towers and supporting statues to keep approaching heroes at bay. - Make your dungeon evil again: three even deadlier traps and three unspeakably nasty spells will make for a hearty welcome for intruders – seasoned with the right amount of evilness, of course. - Evil joint venture: a new multiplayer co-op mode makes its way to the dungeon; team up with your most evil friend and have fun pillaging and razing the good guys’ most beloved city.