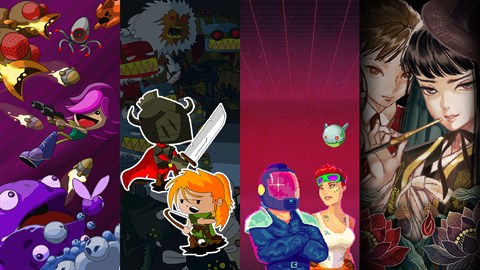 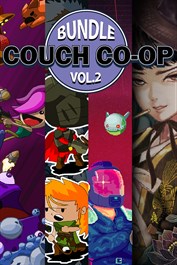 It’s time to get cosy with your best bud again for another round of unmissable co-op action. This bundle contains the following games, all of which feature local/couch co-op (as well as single-player modes): Bleed 2: A furiously fun and fast-paced arcade action game. Master the art of air-dodging and bullet-reflecting to stylishly take down a relentless barrage of bad guys and bosses (and naughty kittys!) Shikhondo - Soul Eater: Set within a beautiful and bizarre world of Asian mythology, survive blistering bullet-hell action and hypnotic barrage patterns in this intense Korean shmup Black Paradox: A fast-paced retro-stylish side-scrolling shoot ‘em up. Travel through space and use an array of weapons and upgrades to defeat the most dangerous criminal organization in the galaxy. Vertical Drop Heroes: A procedural platformer RPG hybrid with roguelike elements. Armed with a variety of skills and traits, use your cunning and reflexes to survive the dangers of each stage, until you face the final boss and uncover the truth behind the game!