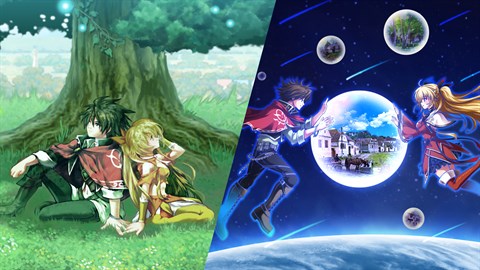 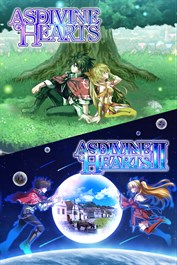 Experience epic RPG adventures at once! This bundle includes Asdivine Hearts and Asdivine Hearts II. ◆Asdivine Hearts One year ago, the world of Asdivine was enveloped by a brilliant flash of light. Since that time, the influence of shadow has only continued to grow ever more powerful across the face of the land. Although the event itself was undoubtedly connected with the heavens, few people seem to have realized the far-reaching implications of what transpired. Now turning to the present, a surprising revelation awaits a young man, Zack, and his childhood friend, Stella, in the capital from a chubby cat claiming to be none other than the Light Deity and declaring the world to be on the verge of destruction... Asdivine Hearts boasts of plenty of subquests, a battle arena, treasure to dig for, and an enemy guide to complete. By setting puzzle piece-like jewels in a box known as a rubix, players are able to customize characters! How far can you level and how many millions of damage can you dish out? ◆Asdivine Hearts II Picking up two years after the events of their first adventure, Zack and friends find themselves off on another quest, but this time to save the parallel world of Archelio, which is on the verge of being frozen in ice. Utilizing a brand new team system, lead up to six characters into battle, and destroy onslaughts of powerful foes! See the amalgamation of years of RPG-crafting expertise and plug in jewels to boost character parameters as the beloved rubix makes its triumphant return. Upgrade rare weapons to make one's own personal slayer of evil! Dispatch buddies to earn Guild Coins while the party works on their quest! Or simply equip their jewels to learn their skills! * Add-ons are not included.