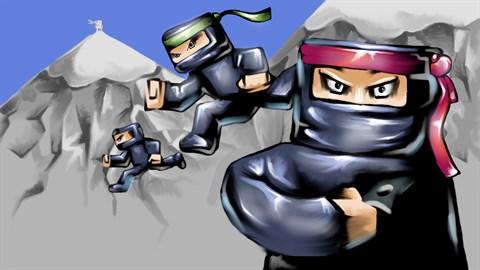 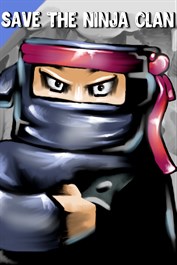 Save the Ninja Clan

Save the Ninja Clan is a platformer for casual players as well as speed runners. There are two ways to play this game: play through the normal story mode or find secrets/"bugs" in the game to annoy the Game Manager watching. Story An evil ninja kidnapped your friends. You must collect scrolls in order to find your friends and save them. You will play as different ninjas as the journey progresses. Each ninja has a different ability: Green ninja has a double jump, Purple Ninja has a sprint, and the Grey Ninja has a dash (with temporary invincibility). Alternate Story You can annoy the "Game Manager" by finding secrets/"bugs" in the game. Eventually he will get tired of you breaking the current level and send you off to the next one. Features - 30 Unique Levels. - Secrets/Bugs in all non boss levels. - 3 Ninja types with different abilities. - 3 Boss Fights. - Game too hard or too easy? Adjust the game speed. - You can unlock knife modifications. - Many stats are tracked. - Replays that show previous attempts. - Secret ending which unlocks something secret.