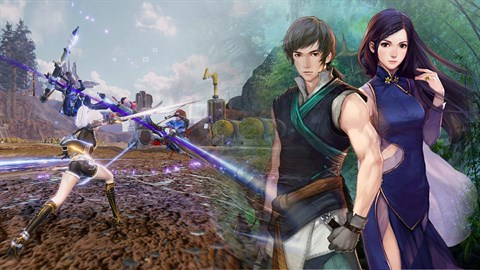 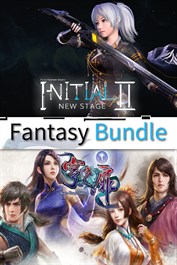 Two great games in one pack! Initial 2: New Stage is a popular fast-paced hack & slash feature action RPG. Play a captain of the ludex soldiers, fight side by side with the other two companions and reveal the mysterious secrets hidden by both sides for decade. The game contains 10 chapters of stories and full voiced in English and Japanese. The Japanese dubbing is led by Kugimiya Rie and Uchida Maaya. The English dubbing is led by Kira Buckland (Nier: Automata, 2B) and Christine Marie Cabanos (Dead or Alive, Marie Rose). Game music is made by CyberJoker (Japan) and StrawberryHilMusic (United States). They collaborated to bring us dozens of BGMs and invited renowned music producers, Kevin Penkin and Raj Ramayya, to bring three songs to the game, which was sung by Mika Kobayashi, Emi Evans (singer of the theme in Nier: Automata), Christina Vee. Xuan Yuan Sword: The Gate of Firmament: Xuan Yuan Sword is a famous Chinese wuxia RPG franchise since 1990. The Gate of Firmament tells a story in ancient times long ago, in order to find his beloved missing daughter, the divine Jade Emperor opned the gates of heaven, allowing a direct connection between heaven and earth. This was done, so that worthy mortals could appeal to the Jade Emperor and obtain divine powers, to aid in the search of his missing daughter. However, this gift was exploited and taken advantage of, causing chaos in the mortal realm. The Nine Li Tribe became a cult that worshipped demons and practiced in the occult, divorcing themselved from the businesses of hte mortal realm. Forces of evil suddenly arose, inciting wars across the continent, condemning people into a life of fears and sufferings. Emperor Zhuanxu feared the demon Chiyou would once again ravage the mortal realm. Limited by his own capabilities, he sought the help of hte Queen of Huaxu, who once assisted Xuanyuan the Yellow Emperor in warding off the Otherworld tith the Bell of Donghuang. Both Fuxi and Nuwa - the children of the Queen of Huaxu - also supported Emperor Zhuanxu in convincing the Queen, for they too could not bear to watch people suffer any longer. In the end, the gates to heaven were finally sealed with the powers of the Divine Artifacts combined. Since then, no mortals were able to ascend, nor were gods able to descend at will. This incident was later recorded down in history as Juedi Tiantong.