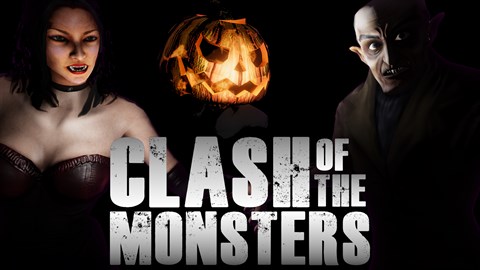 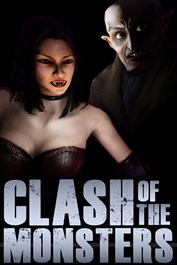 Clash of the Monsters : The Horror Fighting Game

Clash of the Monsters brings the most classic and iconic horror film and literature figures together in the traditional 3D fighting game style! The name quite literally says it all. Have you ever wondered what would happen if the Living Dead faced off with Nosferatu? Or what about the Headless Horseman vs the Bride of Dracula? It's time to find out! Take control of your favorite classic horror genre monster or hero and get ready to fight. Clash of the Monsters makes use of legally licensed characters from both film and novel works of art. Clash of the Monsters includes the following characters: -Living Dead, from the film classic 'Night of the Living Dead' -Nosferatu, from the film classic 'Nosferatu' -The Headless Horseman, from the classic short story "The Legend of Sleepy Hollow" -Ichabod Crane, from the classic short story 'The Legend of Sleepy Hollow' -The Bride of Dracula, from Bram Stoker's novel 'Dracula' -The Invisible Man, from H.G. Wells' novel 'The Invisible Man' -Bones, a 'Clash of the Monsters' original character Clash of the Monsters will be continually updated. You can expect these additions in coming updates: -Ladder Mode -An iconic boss character from one of the greatest horror films of all time! -New playable characters -New combat stages