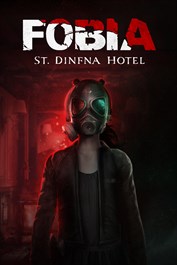 Treze Trilhas is home to the St. Dinfna Hotel, a decadent site that is the subject of numerous rumors including mysterious disappearances and paranormal activity. Hoping to break the story, amateur journalist Roberto Leite Lopes travels to Santa Catarina following a tip from his friend Stephanie. His investigative skills will be needed not only to uncover the truth but to survive when reality is turned upside down with his discovery of a camera that reveals different timelines, a fanatical cult, human experiments, and apparitions roaming the halls. Solve puzzles and scavenge for anything to stop their hunt as the past, present and future collide. Key Features • Explore a Grand Hotel – The Unreal Engine brings terrifyingly realistic visuals to this first-person horror experience. • Survive the Horrors – Scavenge for supplies while you run, hide, or fight the monsters that stalk the corridors. • Unravel the Mystery – Worlds collide in a twisting narrative full of puzzles and conspiracies. • Look to the past and the future – Interact with different timelines using an enigmatic camera that connects parallel realities to uncover the many secrets hidden in the walls of the hotel.