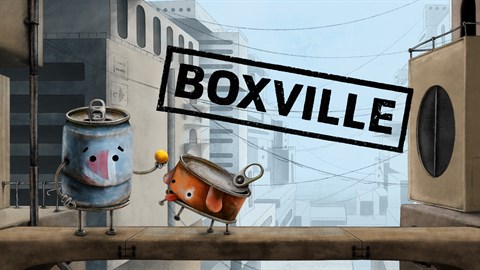 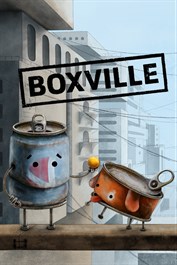 Boxville is 2-in-1: an animated film and a puzzle game. An adventure and puzzle game, with more than 300 hours of artists’ time spent on every scene. Design The core idea of the game is that it’s not just a game - but also an animated film that you can watch and play at the same time. We designed Boxville’s gameplay with the purpose of taking away your anxiety and stress. You can explore and observe the world without rushing and pressure. The game is full of environmental quests and logical puzzles that we have carefully picked from among hundreds of options. Story Boxville is a city of boxes populated with old cans. They live quiet and happy lives with their everyday routines and habits. But one day, unexplained earthquakes disturbed their idyll... Blue Can (our hero) lost his best friend because of that. He started his search but it is not so easy to move through the city after earthquakes. He has to find a way to move forward, return the friend back home and discover the real reason for all those earthquakes. There are many adventures, new friends and it’s not only friends that are waiting for him on the way. He has to be curious, inventive, careful, and to help others, to reach his goal. What you can expect to see and hear in Boxville: - Hand-drawn graphics — all backgrounds and characters are carefully drawn by our artists. - Every animation and sound is created especially for each interaction. - Unique music track was created for every scene to accomplish the atmosphere of the game. - Tens of logical puzzles and mini-games are tightly incorporated into the story of the game. - There are no words in the game — all characters communicate via cartoony speechbubbles.