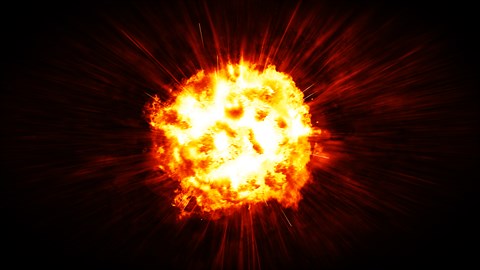 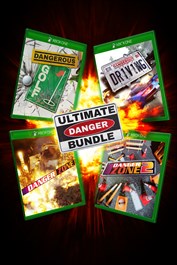 The Ultimate Danger Bundle includes all 4 of Three Fields Entertainment's 'Dangerous' games - Dangerous Golf, both Danger Zone games and the all new Dangerous Driving. With a fully featured single player progression and 6 player online racing Dangerous Driving is the perfect game for lovers of arcade racing. IGN called Dangerous Driving  “a wonderful complement to Danger Zone 2; together, they are basically Burnout 6 and the world is better off for it.” Dangerous Golf is an over the top trick shot golf game played indoors - smash up the room with an explosive golf ball before you sink the putt in an outrageous trick shot. "Dangerous Golf is a sports game, a puzzle game, and a blowin'-shit-up game, whipped into a smoothly designed blend that feels deeply satisfying." Polygon Danger Zone features a virtual Crash Testing Facility where players step into the shoes of a Crash Test driver and are challenged to survive a variety of spectacular crash testing scenarios. "The formula has always been brilliant, and it’s every bit as enjoyable here as it ever was." IGN Danger Zone 2 takes the crash testing action out of the Test Area and onto real public roads. With a wide variety of cars, levels and objective based gameplay. "The true follow-up to Burnout’s classic Crash mode that EA won’t give me." IGN Dangerous Driving, Danger Zone and Danger Zone 2 are Enhanced for Xbox One X with native 4k and 1080p 60 fps Dangerous Driving includes 69 single player events in a fully featured progression as well as 6 player online racing. Dangerous Golf includes single player, coop and online events for up to 6 players. Danger Zone and Danger Zone 2 are single player only.