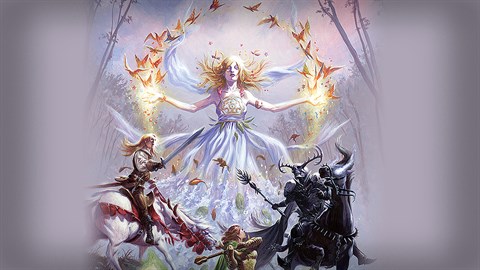 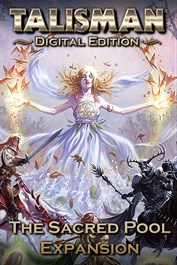 “Judgement day has arrived...The endless struggle between the spirits of light and the forces of darkness is escalating. Mighty heroes are called to choose their alignment and fight to prove themselves worthy…” Choose your path between light or darkness. It’s up to you to save the land of Talisman and discover if everyone believes you’re as worthy as you think you are for the Crown. Normally when you complete a Warlock’s Quest you will earn a Talisman. When playing with the new Quest Reward cards, you may draw the top card from the deck of Quest Reward Cards instead. Characters who complete a Warlock’s Quest will still teleport to the Warlock’s Cave, even if they choose to gain a Quest Reward instead of a Talisman. Some Quest Rewards give characters a bonus and then are immediately discarded, while other Quest Rewards allow characters to keep the card until they choose to use its bonus. The use of Quest Reward Cards is optional and you can choose whether or not to use them before starting the game. Some encounters in The Sacred Pool expansion allow characters to purchase or take specific cards from the Stables deck. Stable Cards contain an array of mounts and beasts of burden. Choose to gain extra carry slots, better move rolls or becoming stronger in battle.