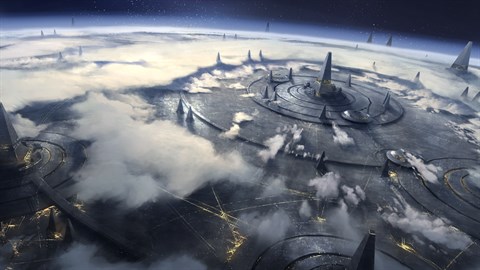 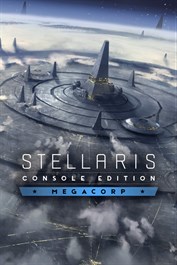 MegaCorp is an expansion pack for Stellaris: Console Edition, which has players ushering in an era of prosperity and profit on a galactic scale. In this economy-focused expansion, players can become the CEO of a powerful corporate empire to expand operations across the stars. The MegaCorp Expansion Pack includes: Corporate Culture: Chief Executive Officers of a MegaCorp can conduct business on a galaxy-wide scale with a host of new civics. By building Branch Offices on planets within empires they have trade agreements with, the MegaCorp can add a portion of the planet’s Trade Value to their own network. Using the new Corporate Authority, construct an economic powerhouse and dominate galactic trade - for a brighter future. City World: With Ecumenopolis, players can increase the population density of core worlds to truly epic proportions, eventually creating a planet-spanning megacity. Caravaneer Fleets: Keep an eye out for the Caravaneers, nomadic interstellar wheelers-and-dealers who stay aloof from galactic politics, and always have a bargain up their sleeve. Expect surprises when these master traders wander through your space or when you visit their home systems. More Megastructures: Budget has been approved for your own glorious Matter Decompressor, Mega-Art Installation, Interstellar Assembly or Strategic Coordination Center to acquire new scaling capabilities for your megalopolis. Galactic Slave Market: Buy and sell pops on an industrial scale, set them free or keep them as livestock. The choice is yours! VIP Status Comes with its Perks: Keep your economy competitive in a cutthroat galaxy with additional Ascension perks! Advisors and Music 3 Additional Advisors and 4 music tracks to help you conquer the Galaxy