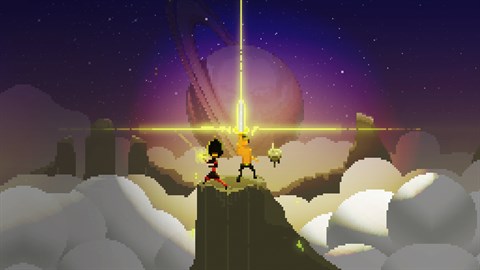 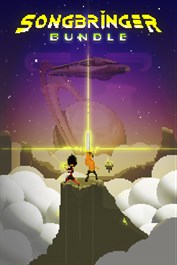 Contents: Songbringer and Songbringer: Trial of Ren DLC Songbringer is a sci-fi action RPG with swords, secrets, dungeons, bosses and stuff. You play the role of protagonist and accidental hero, Roq Epimetheos. With a propensity for partying and making music, he cruises the galaxy with his skybot Jib aboard the ship Songbringer, searching for verdant planets absent the presence of galactic police. When Roq finds the nanosword hidden in a cave on Ekzerra, he unwittingly awakens an ancient evil… • Enter a 6-letter deterministic seed to procedurally generate your world. Share this seed with friends or play a new seed and surprise yourself. • Explore 10 dungeons in each world where puzzles, quests and bosses await you. • Discover lost artefacts to aid your mission and combine them to craft new weaponry. • Eat cacti and meditate to gain special powers and uncover secrets.