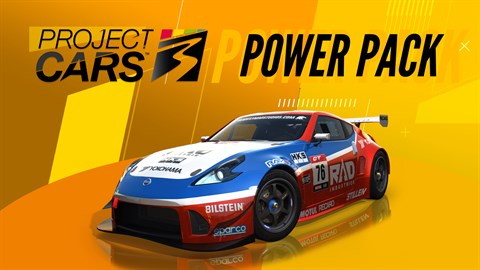 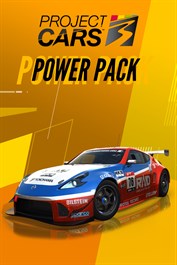 Time for some serious clutch-kicking sideways action with 4 epic Japanese rides soaked in tradition, legacy, and pure tail- and elbows-out fun. Become one with the “Hachiroku”, the one and only 1985 Toyota Sprinter Trueno GT Apex (AE86); win it all with the unconquerable 2002 Nissan Silvia (S15) Spec R Aero; and find glory with Nissan’s legendary “Z” cars - the 2020 Nissan 370Z, and the 2021 Nissan Z Proto, months before its official debut. Plus, get dozens of customization options and events, only with the Project CARS 3: Power Pack. Contents: - 1985 Toyota Sprinter Trueno GT Apex (AE86) + Race Conversion The club-to-rally-to-circuit racing legend with the all-action, high-RPM 1.6L twin-cam, near perfect handling balance, and light as a feather chassis comes to Project CARS 3. In the European Touring Cars Championship, it beat everything the world could throw at it for four consecutive seasons. In Japan, it became the go-to ride for the street-racing “hashiriya” crowd. And in the hands of the “Dori-Kin”, it defined the sport of drifting forever. Power, poise, performance: an icon of motorsport. - 2002 Nissan Silvia (S15) Spec R Aero + Race Conversion With a 6-speed manual and limited-slip’ diff, this Nissan may have become a drift legend with no less than seven D1 championships, but at heart, it remains a potent circuit racer. The Nissan Silvia S15 dominated the All-Japan Touring Car Championship in the early ’00s and, upgraded, remains a force in club racing around the world. - 2020 Nissan 370Z + Race Conversion It’s time to experience the thrill of the legendary Z. Half-a-century of race-won pedigree comes to the 2020 Nissan 370Z, with its world-first SynchroRev Match that auto-blips for performance-orientated downshifting, the fourth gen 3.7L V6 pushing 332hp to the rear wheels at a screaming 7,000rpm, and a 55/45 weight bias that shifts to an almost impeccable 50/50 when you nail the throttle. Lightweight, quick, and everything you’d ever want from a “Z”. - Nissan Z Proto + Race Conversion Get into the new Z generation months before its release into the world. Simulated for Project CARS 3, the new Nissan Z Proto has all the visceral cues of epic Z-design - long hood, short rear deck, and wheels pushed out to the corners. The Nissan Z Proto stays true to its DNA and then adds a modern twist to its iconic styling and comes with an all-new twin-turbo 3L V-6 and manual 6-speed box. The Z has always been about the intimate connection of driver to machine. Now it is your turn to feel the thrill of pure driving pleasure. • 16 Themed Events • 12 Liveries • 20 Decals • 5 Patterns • Achievements • 5 Rims • 10 Tires • 10 License Plates • 5 Race Numbers • 1 New Character with 10 Outfits & 10 Helmets • 1 Free track: Lake Valley Speedway, Utah, USA (with 4 layouts including an oval and figure 8)