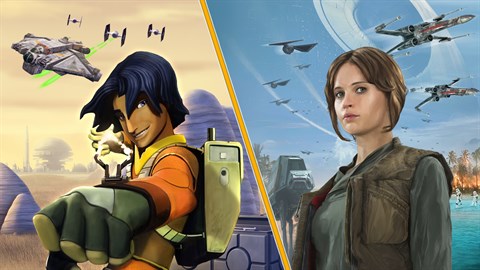 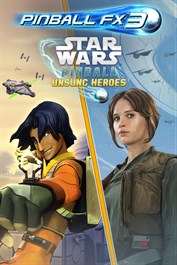 Journey to a galaxy far, far away and fight alongside unhailed warriors as they take on the might of the evil Empire in the Star Wars™ Pinball: Unsung Heroes pack! - Join the Rebellion and restore hope to the galaxy on the "Star Wars™ Pinball: Rogue One™" table. Help Jyn Erso and a small group of Rebel fighters uncover a way to destroy the Empire's ultimate weapon by stealing the Death Star plans. - Aid the Rebel crew of the Ghost starship on the "Star Wars™ Pinball: Star Wars Rebels™" table. Ezra Bridger and Kanan Jarrus battle against The Inquisitor and defy the Empire in this table based on the Star Wars Rebels™ TV show.