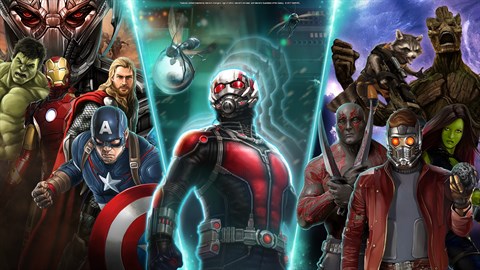 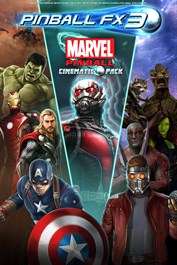 Tables inspired by blockbuster films in the Marvel Cinematic Universe come together in this thrilling pack featuring "Marvel's Guardians of the Galaxy", "Marvel's Avengers: Age of Ultron" and "Marvel's Ant-Man." - An unlikely band of ragtag outsiders and misfits, led by the interstellar adventurer Star-Lord join forces to form the Guardians of the Galaxy. Can our improbable heroes defeat a cosmic force of epic proportions in Ronan the Accuser, and yet still secure the mysterious Orb? - As Tony Stark's peacekeeping program takes a turn for the worse, Earth's Mightiest Heroes battle to save the planet from destruction at the hands of the villainous Ultron. - Master thief Scott Lang becomes Ant-Man, with the ability to shrink in scale but increase in strength. Along with Dr. Hank Pym, they must pull off a heist that will save the world!