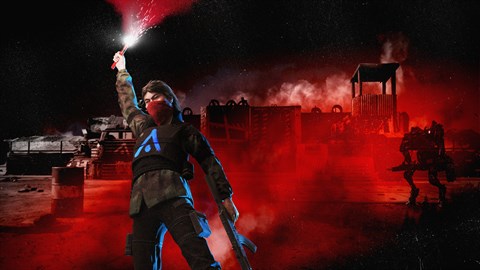 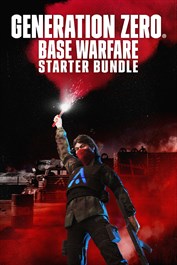 The Generation Zero ® - Base Warfare Starter Bundle includes the main game and five DLCs that gives you everything you need to fortify your base as well as expanding your arsenal with a wide range of new weapons This bundle includes: Generation Zero® Base Game - Generation Zero is a stealth-action hybrid where you and up to three friends wages guerilla warfare against hostile machines, while exploring a vast open-world map filled with mysteries to uncover Base Defense Pack - Adds six new defensive features for your base, including the Resistance Spiked Wall Trap and the Resistance Human Decoy Base Support Pack - This pack adds even more upgrades to your base, both defensive features like the Resistance Sniper Tower as well as purely decorative ones, like the Old Outhouse US Weapons Pack - Adds three classic US weapons to the game, including the N16 Assault Rifle, as well as three new weapon attachments US Weapons Pack 2 - Expands your arsenal with three additional US weapons, six weapons attachments and three crafting schematics Soviet Weapons Pack - This weapon pack adds three USSR weapons and six weapon attachments to the game