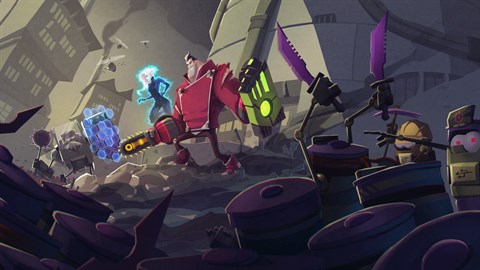 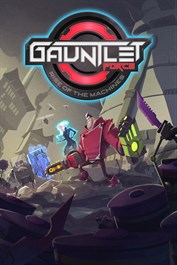 EVERYONE 10+
Fantasy Violence, Use of Tobacco

With an unexpected assault the stormtroopers of the Baroness MadHead destroyed Gauntlet Force Headquarters! She is now ready to conquer the world with her relentless army of mechanical minions. Major B.Campbell and his trusted companion AI Venus are the only Gauntlet Force soldiers left that will seep into the scary MadHead’s Fortress of Doom to save their teammates. Major is armed with the new powerful Omni Gauntlets, housing many powerful weapons and Venus can use her digital and hacking skills to mess with the minions and the interfaces of the Fortress. Many threats await our heroes, such as the underground sewers and mines, the factory towers and laboratories filled with traps and all sorts of dangerous machinery. The Baroness will marshal hundreds, thousands of minions and menacing minion commanders to stop them. Will our heroes manage to defeat the evil Baroness and stop her plan for world domination?