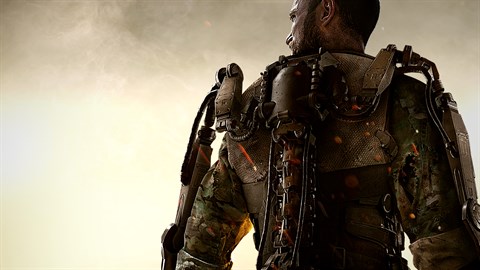 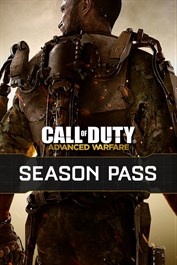 The Call of Duty®: Advanced Warfare Season Pass gives you access to four exciting DLC packs in 2015 at one great price*, each delivering a collection of new, thrilling multiplayer content, bonus weapons, and more. Get ready for a new breed of Zombies. The unique Exo Zombies co-op experience is coming to Call of Duty: Advanced Warfare DLC. This new mode brings the movements, abilities, and weapons of the exoskeleton into battle against the undead. Season Pass owners get early access to the Ascendance DLC Pack bonus weapon: The OHM directed energy two-in-one LMG/Shotgun and its OHM Werewolf Custom Variant. Adjust the weapon on the fly to fit your strategy. Unleash a barrage of directed energy fire from a distance in LMG mode or get up close and personal in shotgun mode and deliver a concentrated blast of directed energy. Plus, with Season Pass you get instant access to the Atlas Gorge Multiplayer Map, a re-envisioning of the fan favorite Call of Duty® 4: Modern Warfare® map, Pipeline. As content becomes available, it can be downloaded from the Call of Duty: Advanced Warfare in-game store and should not be downloaded from Xbox LIVE Marketplace, or you will be charged twice. DLC content in the Season Pass may be sold separately. If you purchase the Season Pass, do not also purchase the standalone map packs, as you will be charged for them. Season Pass and DLC content may not be available in all territories. Pricing and release dates may vary by platform. Call of Duty: Advanced Warfare game required to use this content, sold separately. Call of Duty: Advanced Warfare game required; sold separately. Season Pass and DLC content may not be available in all territories. *Based on suggested retail prices; actual savings may vary.