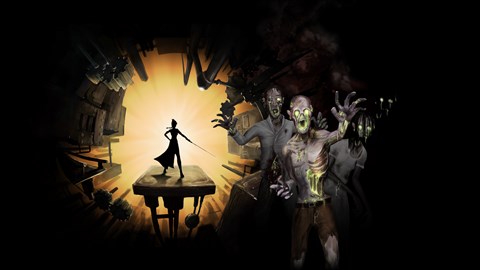 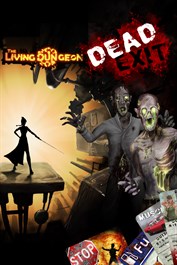 The Living Dungeon Bring the excitement of playing a dungeon tournament board game to your screen, in beautiful gruesome detail. There really is nothing quite like The Living Dungeon. Up to 9 players can take part in a battle of wits, luck and skulduggery. Survive other adventurers, monsters, and the dungeon itself through combat, agility or dungeon manipulation. Only the strongest, fastest and smartest survive. Dead Exit Dead Exit is an undead apocalypse, base management, card game. Ok, it's possibly the only undead apocalypse, base management, card game. Each player controls a base and tries to outmanoeuvre their opponents and survive the evacuation of a city. Play your cards right. Make alliances. Break alliances. Betray sworn allies at the worst possible time and leave them to get eaten by the hordes. It's up to you how you play it, just make sure you get out of the city with enough resources to survive! You don't have to screw everyone over, you could play cooperatively and try to make sure everyone gets out alive in multiplayer. Or you can play on your own in solitaire mode which has plenty of settings for a casual quick game or an intense skin of your teeth undead fest. It's really up to you. Features: Original card mechanic with multi-function, two sided cards. Everything is undead if you aren't careful 1 - 8 players locally or online Solitaire mode with full difficulty customisation.