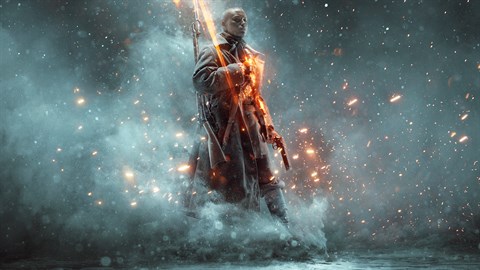 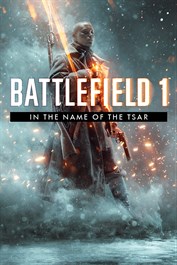 Battlefield™ 1 In the Name of the Tsar

Battlefield™ 1 In the Name of the Tsar* is the second expansion pack for Battlefield 1, available standalone or as part of Battlefield 1 Premium Pass. Join forces with the Russian Army across the expansive Eastern Front of World War 1 and witness the power struggle of the civil war that followed. Ride in Galicia with the legendary Hussars during the epic Brusilov Offensive. Partake in the skirmishes of the Albion assault in a freezing archipelago. Pilot the massive bomber Ilya Muromets over the snow-covered ravines of the treacherous Łupków Pass. Drive the inventive Putilov Garford armored car in Galicia. Battle in Tsaritsyn where the machinegun fire echoes through the streets, as the White Army and the Red Army battle for control over Russia in the civil war. • The Russian Empire – the largest army in the world entering the battle with some of the most modern weapons and vehicles of the Great War. • The White Army and the Red Army fighting for the control of Russia after World War I • 6 new multiplayer maps in blistering winter set on the eastern front: Galicia, Brusilov Keep, Łupków Pass, Albion, Volga River and Tsaritsyn. • Two new epic Operations including Brusilov Offensive – one of the most lethal offensives of the war. • The new game mode Supply Drop: Join a desperate fight for supplies on the eastern front as planes airdrop everything needed to outgun and outscore your opponents. • 11 new unlockable weapons including the Mosin-Nagant M91, together with new melee weapons and the new Russian Standard 1912 grenade. • Evolved Cavalry gameplay: Ride with the legendary Hussars and charge into battle with new tactical possibilities thanks to the all-new lance and new horse move set. • Putilov Garford: A versatile Russian armored car with a huge rear cannon turret and heavy machineguns. • Ilya Muromets: A massive Russian bomber plane that was unrivalled in size in the beginning of the war. • Defend your positions with the powerful coastal gun batteries. • Continue your Battlefield 1 career with new medals, dog tags, codex entries and more. ©2017 Electronic Arts Inc. Battlefield and Battlefield 1 are trademarks of Electronic Arts Inc. * Requires Battlefield 1 on applicable platform (sold separately), all game updates, internet connection, and an EA account. NO WEAPON, VEHICLE OR GEAR MANUFACTURER IS AFFILIATED WITH OR HAS SPONSORED OR ENDORSED THIS GAME.