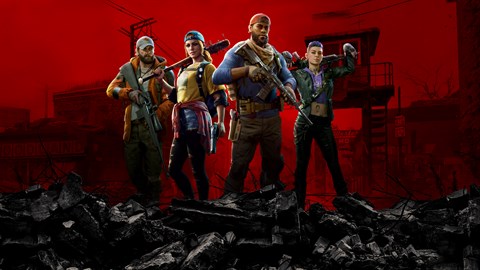 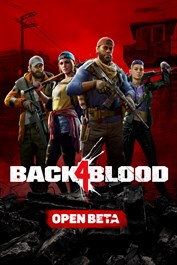 Jump into the Back 4 Blood Open Beta. Pre-order and get Early Access to be one of the first to slay starting August 5 Early Access Period: August 5 at noon PT - August 9 at noon PT Open Beta Period: August 12 at noon PT - August 16 at noon PT Back 4 Blood is a thrilling cooperative first-person shooter from the creators of the critically acclaimed Left 4 Dead franchise. Play the Open Beta and experience intense four-player co-op, competitive multiplayer as human or Ridden, and frenetic gameplay that keeps you in the action. Play with up to three of your friends online or go solo and lead your team in battle. Playable Modes: PvE (Classic, Survivor, Hard) - Choose from five different Cleaners, one of the immune survivors, and a range of lethal weapons and items. PvP Swarm Mode - Play with or against friends in PvP. Switch between playing as a Cleaner with special perks and up to six different Ridden. Both sides come with unique weapons, abilities, and specialties. Open Beta is cross-gen and cross-play supported.