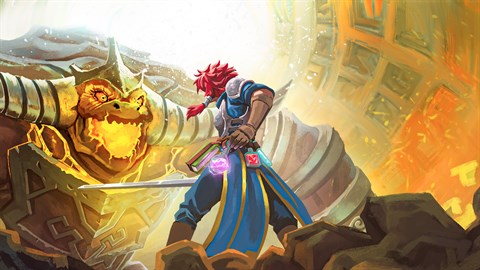 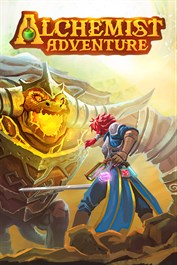 Alchemist Adventure is an action-adventure game that takes place in an abandoned region called Isur. Long ago it was the home of the brilliant and yet dangerous alchemists, but now lies abandoned and devastated. You play as Mya, an alchemist who has just woken up and finds herself in an unknown place, confused and with no memories of what happened. To explore the world you will need to use the power gained through combining the four elements — fire, water, air, earth — along with various ingredients. By making different potions, you will be able to explore the regions, solve alchemical puzzles, and fight dreadful enemies. Unveil the secrets of the mysterious world and discover your story! Discover Isur For a long time, Isur was the capital of the region ruled by the alchemists, and thanks to the volcano that provided powerful resources, it was a thriving trade port. Ruled by the Council of Seven Master Alchemists, the city was known as a place where you can buy everything and, if you’re lucky, even gain some of the alchemists’ knowledge. Not many were chosen to become alchemists, and the Council always guarded their secrets carefully. Your journey will take place in 4 themed regions that are all connected to the central area. Combine Elements The alchemy system plays a central role in the game and you are free to create your own potions as there are no limitations or predetermined recipes. To create a potion, you will need to use one or several of the 4 primary elements: fire, water, air, and earth. Combining them and adding special ingredients will open up new possibilities and effects.