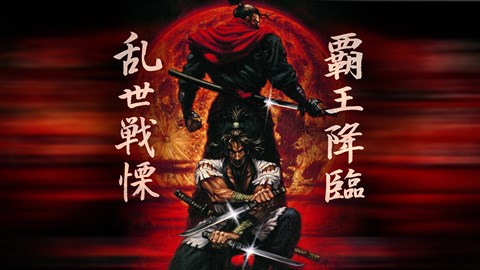 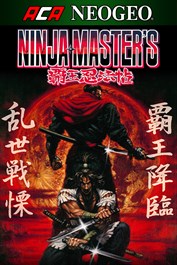 TEEN
Blood, Suggestive Themes, Violence, Use of Alcohol And Tobacco

NINJA MASTER'S is a fighting game released by SNK in 1996. Set in the world of Zipangu, where twelve fierce warriors known for being demons on the battlefield, both with and without weapons, clash spectacularly in a flurry of amazing combos and special attacks. Don't miss any of the action, from the Strength Gauge to increase damage to the Super Fired-up Mode that leads to flashy action-packed moves! The "ACA NEOGEO" series has faithfully reproduced many classic NEOGEO masterpieces. Players can change various game settings such as game difficulty, and also reproduce the atmosphere of arcade display settings at that time. Players can also compete against each other from all over the world with their high scores. Please enjoy the masterpiece that built a generation for video games. *This title is based off the MVS (NEOGEO for arcades) version. There may be differences between this version and the versions for the home NEOGEO console and other home consoles.