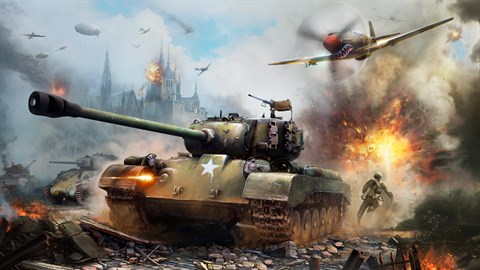 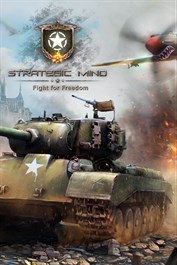 Strategic Mind: Fight for Freedom is a history-driven turn-based strategy set in World War 2. You will fight across Europe, Africa, and Burma. Will you choose to spend the time on proper reconnaissance before the attack, or rely on fast and aggressive tactics? Will you use nighttime or rain to your advantage, sneaking up on enemy positions, or just complain that the weather was unfavorable? Will you help the locals or leave them to their fate? Saving the stronghold of Democracy and Freedom in Europe from the totalitarian oppression of the Axis powers lies in your hands. Witness WW2 from two different perspectives: The British one features fully historical battles where you lead the British Army as Sir Harold Alexander. Take charge of the Dunkirk evacuation. Fight the Japanese in Burma, and Italians in Africa. Turn the tide of war against Germany at El Alamein. Bring the North Africa war to its end and lead the victorious landing in Italy in 1943. The US one has historical operations up to the defeat of Germany and also features a number of alternate history battles against the USSR afterward. Lead the US Army as General Dwight Eisenhower. Go all the way from D-Day landings to the fall of Berlin. Ensure the success of Operation Market Garden, repel the last German offensive at the Ardennes, and strike the killing blow into the heart of the Reich. Then move into the alternate history of 1946 and face your strongest adversary yet - the Red Army.