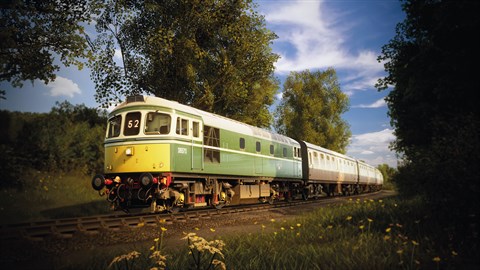 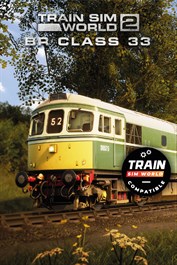 Please note: Train Sim World® 3 is required, as a separate purchase, in order to utilise this content. Features remain unchanged from the original Train Sim World® 2 release. Scenario Planner compatible. Share your creations with the Creators Club. Please Note: Train Sim World 2: West Somerset Railway is required, as a separate purchase, in order to utilise this content. 1957, an order was placed for a batch of diesel-electric locomotives which were destined for the Southern Region (SR) of British Railways. Known at the time as the BRCW Type 3s, they were built as Bo-Bo, mixed-traffic locomotives, fitted with 1550 hp Sulzer engines capable of reaching 85 mph. They housed Crompton Parkinson equipment, forever awarding them the nickname 'Cromptons'. Their widespread success in transforming services throughout the SR earned them favour with fans and is likely why 29 survived into preservation. Two of the preserved locomotives; D6566 (33048) and D6575 (33057) 'Seagull' have found a home on the West Somerset Railway, both operational and sporting the classic BR Green livery. This loco add-on for the West Somerset Railway includes three new scenarios and can be operated in a number of Service Mode services.