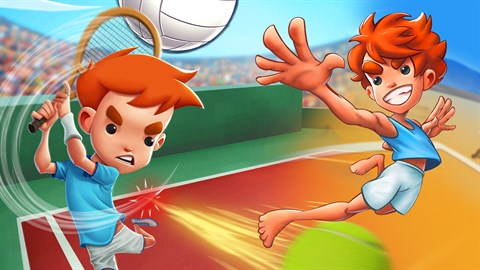 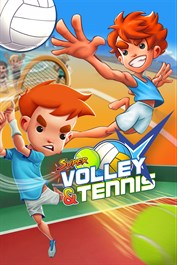 Super Volley Blast: Super Volley Blast is a super fun over the top beach volley game. An hilarious story mode (1 or 2 players), quick matches or tournaments (4 and 16 players), a complete avatar editor and 8 beautiful courts all over the world. Have a blast in the singular Super Blast mode with a chicken ball, slippery icy floor and other crazy stuff! Customize the rules and beat your friends... You have never seen volley like this! Super Tennis Blast: Start your professional career in the World Tour mode, train your skills and become a tennis legend playing on courts around the world. Host couch parties playing tournaments in singles or doubles with classic rules or the awesome Super Blast modes. 5 minigames and a powerful avatar editor complete the best tennis experience out there.