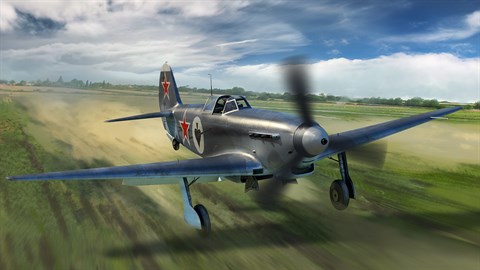 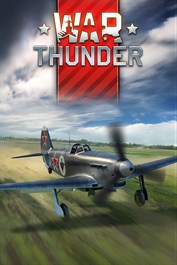 This pack includes: Yak-9M (Rank 3 USSR); Premium account for 15 days. Captain Pavel Golovachev completed 457 combat flights and shot down 30 enemy aircraft in 125 aerial battles, and was awarded with a Нero of the Soviet Union title twice. His last victory of the war was over two FW-190 above the Berlin in April 1945. Post-WWII he became the General-Major of Aviation. Yak-9 was the most produced soviet fighter plane during WWII. The M series has a lot of performance improvements over older models and is armed with 20-mm SHVAK cannon and 12.7-mm machinegun. All premium vehicles allow you to earn increased Research Points and Silver Lions for each battle and comes furnished with all available modifications. With a Premium account (also purchasable in the game for Golden Eagles) you will earn more Research Points and Silver Lions during each battle for a set amount of days. This is cumulative with bonuses from premium vehicles!