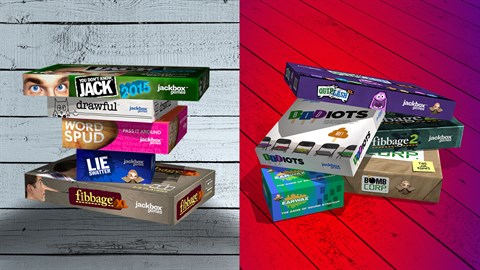 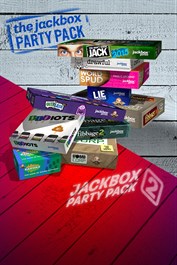 NOTE: All games are in English only and are local multiplayer. The two greatest party game compilations of this generation have now merged onto one BIGGER, BETTER party game compilation! The Jackbox Party Bundle contains 10 unique and hilarious party games that will turn any game night, party, or family gathering into a laugh riot… or at least a competitive blood bath (whichever you prefer!) And the best part is, you don’t need a huge mess of controllers – all games are played using any internet-connected devices, like phones and tablets, as controllers! From The Jackbox Party Pack you get: YOU DON’T KNOW JACK 2015 Fibbage Drawful Lie Swatter Word Spud From the Jackbox Party Pack 2 you get: Fibbage 2 Earwax Bidiots Quiplash XL Bomb Corp. With an endless array of party games at your fingertips, no get-together will ever tank again. You’re gonna need WAY more than one party for this!