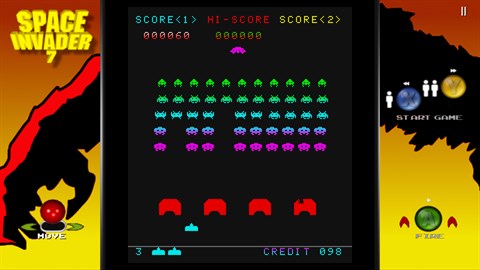 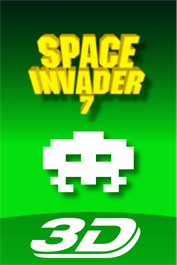 If you like Space Invaders and have a 3D TV** then this trial is an unmissable treat for you! This special edition also marks the 10th Anniversary of Space Invader 7 on Windows, the #1 arcade quality remaster of the classic space invaders shooter, remastered for all of your Xbox consoles and Windows 10 devices. Not seen since the monochrome Virtual Boy in 1995, this trial showcases stunning full color 3D to give modern audiences a taste of how revolutionary arcade games were actually seen in the 1970s, taking the world by storm and capturing the public imagination for generations to come. **On mobile devices, a simple Google Cardboard or other 3D viewer can also be used to play in 3D. This trial can also be played in 2D. Experience again or for the first time the thrills, intense action and hypnotic rhythm of the classic arcade space shooter in this direct port of the original windows game that went to #1 around the world! Meticulously designed exclusively for your device, the *LEGENDS OF THE ARCADE* series brings you 23:15 UFO scoring, Nagoya attacks and more in this nostalgic and thrilling presentation of the genre that started it all, making Space Invader 7 an essential title for your discerning collection, and one you will come back to time and again. - Progress auto save allows you to pick up from the very moment you left. - Original Gameplay for mortals. - Easy to play, difficult to master. - Portrait and Landscape mode including controller support. - Matches your monitor refresh rate. - Remastered pixel perfect crisp, clean graphics. 3D TV & Stereoscopic options. - Graphic options including retro black and white, Gameboy, Spectrum and Dot Matrix effects. - NO Ads and NO In App Purchases, 100% safe and fun for all ages. - Small, fast download, offline play. A game for one or two players, you are the last defender of a world under attack from the Super Forces who will stop at nothing in their planned annihilation of you, and all you have ever known! Using 4 destructible shields, you must pick off your foes one by one in a cat and mouse struggle for ultimate survival. As each wave of alien forces encroaches more menacingly than the last, your pulse will quicken in time with the beat as the battle intensifies to its ultimate and inevitable conclusion. Will you earn the respect of the very foes who would smite you? Dare you take on these almighty Forces? Find out now as you are cordially invited to die in most glorious battle. Only with *LEGENDS OF THE ARCADE* Space Invader 7! *LEGENDS OF THE ARCADE* The feel of the Arcade *IN THE PALM OF YOUR HAND*