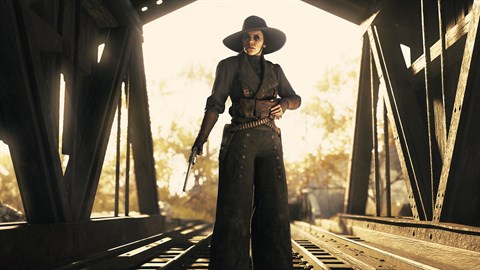 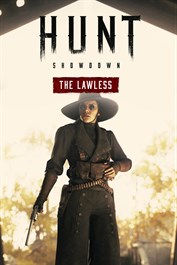 This DLC contains one Legendary Hunter, and two Legendary Weapons: - The Gunslinger (one hunter) - Felon’s Six (one weapon) - The Accomplice (one weapon) There are those unsuited to a law-abiding life. Those who had a code of ethics that ran contrary to the general consensus, who sought out thrill over security, and solved their disputes with their own mettle. The lawless frontier once offered opportunities abound for such people, but no longer. Crisscrossed with railways and checkerboarded with towns, wilderness only flourished in preserves, and the long arm of the law flexed its muscles. The Gunslinger, an outlaw by the name of May Belle and presumed dead in her home state, was one of the few to narrowly escape the law’s clutches. A final jailbreak, indebted to Felon’s Six as she dubbed it, set her on a path back East, to scope out any means of earning a living through lead. With The Accomplice, reliable as ever, she found what she sought deep in the Bayou, on the frontier between our world and another.