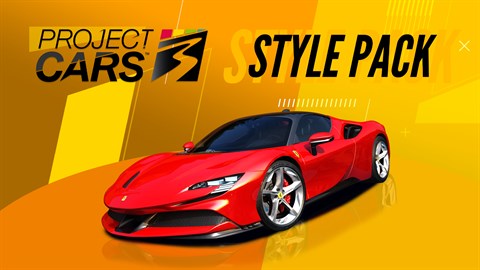 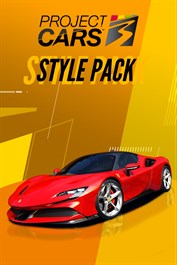 General
For all ages

Own the future of design, speed, technology, and mind-bending performance with 3 supercars that are about to redefine every limit. Race the fastest Ferrari road car in history, the most powerful supercar Lamborghini have ever built, and the 500kmh yet-to-be-released Hennessey Venom F5. Plus get dozens of customisation options and 16 themed events, only with the Project CARS 3: Style Pack. Contents: — Ferrari SF90 Stradale. Beyond imagination, born on the racetrack from generations of motorsports know-how, and a world of firsts for Maranello: the first-ever Ferrari plug-in hybrid supercar, the first-ever mid-engined all-wheel drive Ferrari, and the fastest Ferrari road car ever built. The 90 is for Ferrari’s 90th anniversary, the SF is for Scuderia Ferrari the race team, and 986 is for total power output from 3 electric motors and 4L twin-turbo V8. Stop imagining, start driving. — Lamborghini Sián FKP 37. Style, speed, Countach-inspired design, a technological masterpiece, the first hybrid Lamborghini supercar in history, and the most powerful Lamborghini ever built. The Lamborghini Sián FKP 37 is a 6.5L V12 mid-engined hybrid pushing 819hp to top out at 350kmh. Sián means lightning in Bologna, and you’re about to capture it with this ultimate Lamborghini. — Hennessey Venom F5. Redefining what’s possible in a supercar, Hennessey are about to unleash heroic amounts of power and style in 2021. Built entirely of carbon fibre and engineered from the ground-up for handling, agility, poise, and performance, and now simulated in Project CARS 3 months before its real-world debut, the Hennessey Venom F5 comes with a bespoke twin-turbo 6.6L all-American V8 pushing an astounding 1,817hp that powers it to a top speed of 500kmh. It’s time for the inconceivable. It’s time for the Hennessey Venom F5. — 1 Free track: Bahrain International, Bahrain — 16 Themed Events — 12 Liveries — 20 Decals — 5 Patterns — Achievements / Trophies — 5 Rims — 10 Tyres — 10 License Plates — 5 Race Numbers — 1 New Character with 10 Outfits & 10 Helmets