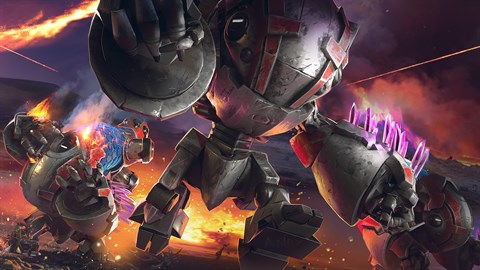 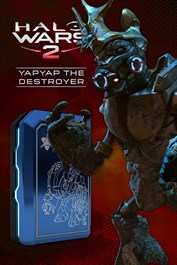 Never before in the history of ever has the Halo universe known such a tactical genius, such a paragon of being amazing, such a specimen of ravishing Grunt appeal…until now. UNTIL YAPYAP. YapYap was once a sub-sub-sub Deacon in the Covenant Ministry of Sanitation until the fateful day he joined (was captured by) Atriox and the Banished and cleverly maneuvered his way up the chain of command (was slower than the other Grunts at avoiding eye contact when the job needed to be filled) to lord over (scream mostly ineffectually at) all the Grunts in the service of the Banished. YapYap’s approach to leading his troops is…unusual, to say the least, and always results in massive casualties among the Banished Grunts, but Grunts are cheap and explosions are fun so mostly Atriox lets YapYap keep at it. Now you can, too. Witness the pungent glory of the mighty YapYap THE DESTROYER Leader Pack, with powers and units including: • Giant(ish) Grunt Goblin mechs to stomp on everybody who’s been stompin’ on us Grunts for, like, ever. • Methane Wagons and Methane bombs to spread sweet, sweet methane infusion around the battlefield and inspire all your Grunts to laugh (rather than whimper) in the face of danger. • Brute Riders, because who doesn’t want to hop on the shoulders of a murderous nine-foot space monkey and get up to some violence?